Sleep my dear.
Not a care in the world.
Just sleep.

Sleep my dear.
May your dreams run free.
Just sleep.

Sleep my dear.
Silence is your friend.
Just sleep.

But when you are ready,
I’ll be here sitting as you wake.
For now just sleep.

Six months a go I started planning our big trip! This trip we would be celebrating our Ten Year Anniversary, our daughter turning 8 and family time. We were so excited. I searched for deals, reserved breakfast, lunch, and dinner at the best places.

May was finally here, let the packing begin or so I thought. Two days before our trip Alayna woke up with a terrible migraine, she couldn’t even open her eyes! One hour later she was diagnosed with strep at the doctors office! Then Victoria started feeling sick and weak, but was negative for strep. The next morning, the day before we leave, our son slipped on the floor and I had to take him to get stitches! At this point I started thinking about cancelling the trip. After praying and talking it over with my husband we decided to go for it.

We pulled out of the drive way Thursday afternoon, the sun was shining and the kids were smiling. Fort Wilderness here we come! Alayna still had to wear her sunglasses everywhere we went because of her headache and sensitivity to the light, but at least she was feeling better.

Our first reservations was at Boma at the Animal Kingdom Lodge. We were ready to try Disney’s idea of African flavors. I started with some Spinach and Quinoa Salad, Tunisian Couscous Salad and Tabbouleh. The girls just enjoyed coloring their paper of a hog stuck in the mud.  After dinner, we walked around the lodge looking at the different animals…there were zebras, giraffes, ostriches, flamingos, impalas, gazelles, and more.

It was 7:30pm and the night was young. Daddy yelled, “Let’s go swimming!” I am so glad we did because that was the one and only time the girls were well enough to swim. The resort had two different play areas at the pool one for kids shorter than 48 inches and one for the bigger kids. The Meadow Swimmin’ Pool, featured a 67-foot-long corkscrew waterslide…Victoria and Alayna had a blast going down the slide time and time again. 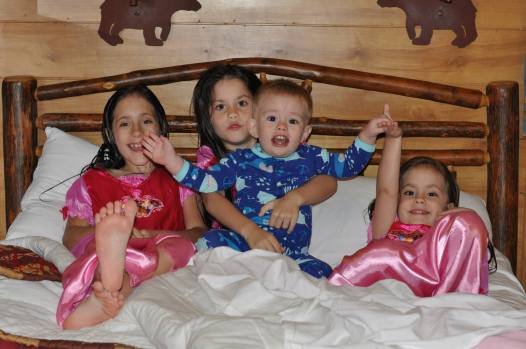 Everyone was tucked in ready for bed. The day had turned out well but 2am would come oh to quickly. Mama I had an accident, “Kayla started crying.” Two hours later Victoria was crying the same thing. I later figured out the girls had Gastroenteritis! 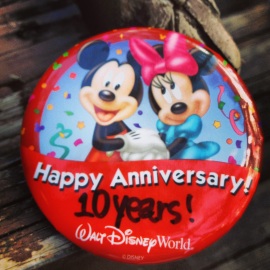 Finally around 7am the girls were back in bed sound asleep when Josiah decided to wake up. It was May 31st, our 10 year anniversary and it was also our big girl Alayna’s birthday! Again we were stuck. What should we do? Two of our four kids were sick. Were they sick from the food the night before or was it something else? Victoria started doing better, so I figured it was something they ate. If we cancelled the reservation we would still get charged because of their cancellation policy! Alayna put on her birthday girl shirt and we were off to 1900 Park Fare at the Grand Floridian. As soon as I opened the car door I noticed a white Pandora bag sitting in my seat. My hubby had a special anniversary present waiting for me. I couldn’t believe it! It’s very hard to surprise me because I’m always into everything! But he did it!

At check in I explained our situation to the host and she said they wouldn’t charge us for Kayla since she didn’t feel well enough to eat. She also explained they wouldn’t have charged us if we had called and told them the kids were sick…ugh! Well, it was too late for that now. We were there and the birthday girl was ready to eat! All you could eat Mickey waffles, eggs, bacon, biscuits, gravy, omelets, bagels and more! Josiah wasn’t too sure about the characters but enjoyed the food!

The highlight of the breakfast, by, far, was the Mad Hatter…what a character!

Right about the time we were finishing up with Alice from Wonderland, Alayna leaned over, “I have to use the bathroom!”Everything was down hill from there! We went to Wal-Mart to pick up some extra under garments and crackers then back to the cabin we went 😦

In between bathroom breaks and naps the girls wanted to venture out again. The lodge had many activities, but we had to choose wisely because we didn’t want to infect anyone else. We decided to go for a little pony ride. After each one had their turn we returned back to the cabin again!

Who wants S’mores? I do!!! This was our last night, everyone was fever free! Chip and Dale’s campfire sing along was calling our name. I love S’mores, I think I had four, but whose counting we are on vacation, remember!

Click, I snapped a pick of the family with Chip, when suddenly I hear Alayna say, “Mama I’m sick!” 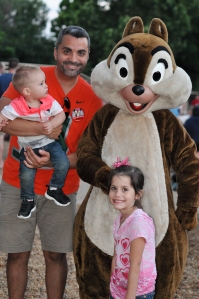 Lord have mercy, we were done!

This trip had some good memories, but more bad than good. We  would definitely like to try it again next year, minus all the yucknyess! 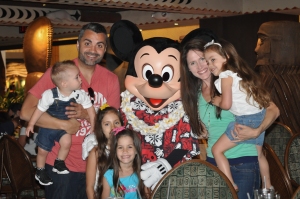 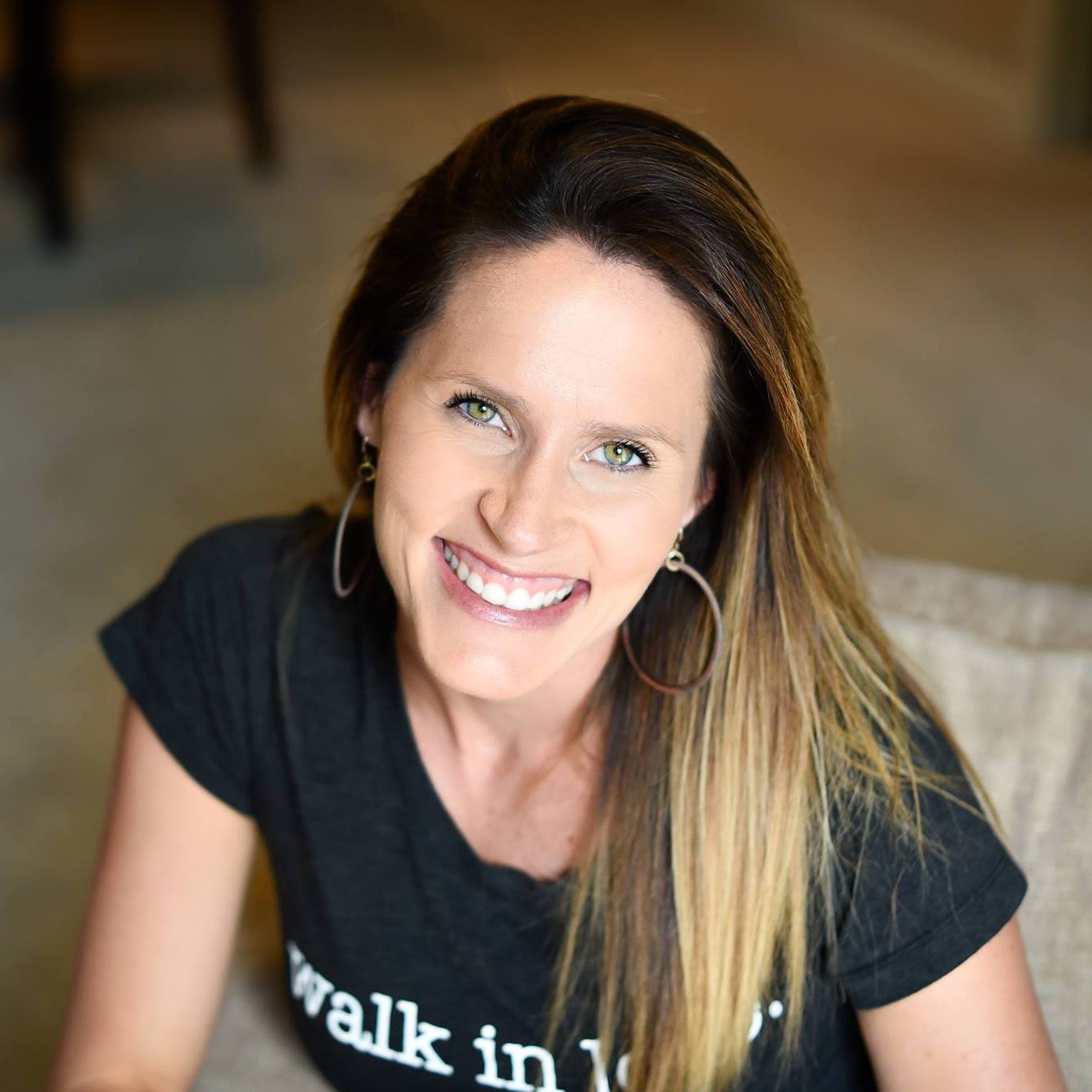 Follow From The Committed Heart on WordPress.com
Christianbook.com Home

From The Committed Heart

From The Committed Heart